Confessions of a Writer Tag by Rebecca Sky


Today, I have visiting my first ever guest author, the delightful Rebecca Sky, one of the authors I tagged in my recent Confessions of a Writer Tag, the tag orinated by Nicolette Elzie at  A Little Bookish, A Little Writerly to get to know a bit more about other authors.

When did you first start writing?
I first started writing five years ago on an online platform called Wattpad. It’s kinda a long and funny story how it started, but it all comes down to my little brother, (who is 200 pounds bigger than me), forcing me to write something. I was so nervous what people would think that I wrote under a male author pen name at first. A few months and thousands of reads later I got the confidence to say, “Surprise, I’m Rebecca!” Thankfully my readers stuck with me.

Was being a writer something you always aspired to be?
I’ve always been a storyteller, I spent the majority of my school day daydreaming wild adventures—I still do! But, funny enough, I never aspired to be a writer. I think it’s because, despite how much I loved stories, I wasn’t very good at writing. I struggled with English, nearly failing it in high school. My teacher told me I was her most creative student—she was referring to my spelling and grammar. I spent so much time with my head in the clouds that I never took the time to learn the mechanics of writing. The first novel I ever wrote was on Wattpad, and it hooked me. I felt like I finally made sense, my love for daydreaming and my wild imagination could make something significant. So I dove head first into writing, and read and absorbed everything I could on the art and craft of it. Now it’s the only thing I can imagine doing with my life.

What genre do you write?
I write mostly YA Fantasy, but I have dabbled in a few other genres. I think Fantasy plays well with my imagination. Sometimes I joke that my mind is like a Darren Aronofsky film.

Can you tell us a little about your current work in progress?
I’m working on a few at the moment. My main project is a Fantasy about a young girl with antlers who does extraordinary things to save the people who have brought her an incredible amount of suffering. Here’s my USP line: Arya Stark from G.O.T. meets Russell Crow's GLADIATOR in a Tolkienesque Rome.

When did you start working on this project?
This story came to me in an unusual form three years ago. I literally dreamed the entire thing front to back like a movie one night. I spent the next month writing it. I’ve never written a first draft in a month before, it was one of those lucky moments of endless inspiration. I’d do anything to be able to go back to that headspace. Now three years later I’m returning to that draft and re-writing it.

What was your first piece that you can remember writing? What was it about?
I still remember the very first sentence of the first novel I ever wrote. “Half awake and half asleep, in the in-between twinkling of imagination, it was there that she found reason to hope.” The story was about a young girl who was kept prisoner in a cave for 18 years, who dreamed of seeing the sky, and later finds out she’s a Descendant of the Lost City of Atlantis. Now looking back, I giggle, realizing it was my subconscious mind telling my own story of how I felt trapped until I embraced writing and realized my passions.

What’s the best part about writing?
The imagining! Coming up with ideas and plot points, and interesting worlds, and people.

What’s the worst part about writing?
The actual writing. I wish I could plug my brain into a computer and it would record what I see in my head. My husband tells me the hours of tapping away at a keyboard is the price I owe for having the “story muse” inspire me.
That said I LOVE editing. I could spend hours tinkering with sentences until they sound effortless.

What’s the name of your favorite character and why?
My favorite character is Anne from Anne of Green Gables. I think I relate to her romantic dreamer side. Plus we both have red hair.
My favorite character I’ve ever written would have to be Tikee (The Time Keeper) from my soon to be serialized novel A LIFETIME ACCORDING TO KARMA ROSE. Tikee speaks in Suess-esq riddles, is incredibly creepy, but he’s also adorable. It was fun writing that type of contrast in a character. 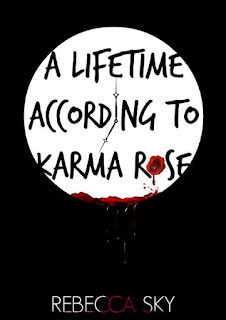 How much time a day/week do you get to write? When is the best time for you to write (morning or night)?
I’m lucky enough to write full time now. And as I have so much on the go I have a strict schedule. I love sleep but I’m so motivated to stay a full time writer that I force myself out of bed at 7:00am. (My natural schedule would be sleep to 10). In the mornings I write whatever project is scheduled for that day. It could be my serializations, or contracted writing, or my own novel. Then I take an hour break: eat lunch, make a new pot of coffee, walk my dogs, do a bit of reading, get some space between me and my work. In the afternoon I work on edits. The evenings are my time with my husband, but as we are both artists we often create together--he plays guitar and I write. This is unscheduled writing time so I let myself work on whatever I‘m inspired to write. Some of my best writing comes out of those times!

Did you go to college for writing?
No, well technically no. I did go to college and I did sign up for a creative writing course. I was so excited about it, I showed up to class an hour early. That week I worked endlessly on the class writing assignment and I was eager to hand it in. But when I got to the next class, the professor asked us to go around the circle and read our pieces. I was so scared of other people assessing my writing that I excused myself to the bathroom and never went back. If you would have told me then that five years later something I wrote would be read over ten million times I would have laughed.

What bothers you more: spelling errors, punctuation errors or grammar errors?
Content errors bother me the most. Plot holes, or flat characters. It makes me twitchy. I think I have more grace for spelling/grammar errors because those things never came naturally to me.

What advice would you give to another writer?
“We learn by doing there is no other way.”-John Holt

What are your favourite writing sites or blogs that you turn to for help, tips or encouragement?
I recently discovered Writeonsisters.com. There is a bunch of great advice on there. I tend to go to books for advice. I’d recommend Plot Perfect by Paula Munier and Writing the Breakout Novel by Donald Maass.

Besides writing, what else do you enjoy doing? What are your hobbies?
Well, as my husband is in a popular band I tend to go to his shows, when they’re in or near town. Actually I love going to live shows whenever I can. There is something really cool to me about musicians and how they form and craft a song. It fascinates and impresses me how they can tell a story in four paragraphs that takes me 500 pages to write. I also love shopping. Is that a hobby? I could buy books and shoes all day!

What is the best movie you’ve seen this year?
Hector and the Pursuit of Happiness. I highly recommend this movie.  It’s also Canadian made, with an all Canadian soundtrack, so I’m having patriot pride for that movie.

What is your favorite book or series of all time?
Anne of Green Gables by Lucy Maud Montgomery. The Hitchhikers Guide to the Galaxy by Douglas Adams. Anything by James Thurber and Laini Taylor.

Who is your favorite author?
Currently it would be Laini Taylor. I would literally fangirl over meeting her.

What are your plans for the rest of the year in terms of your writing?
Between conference appearances and contracted writing, I’m hoping to finish my novel Bone Crown (about the girl with antlers) and have the first draft of my contemporary novel completed.

Where else can we find you online?
If you read this entire interview, I do so hope you come say hi! J
www.RebeccaSky.com
www.twitter.com/RebeccaSky
www.wattpad.com/RebeccaSky 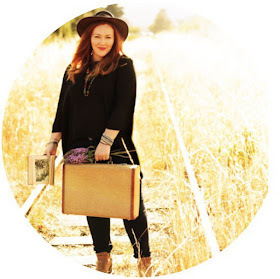